Lymington Choral Society is very grateful for the support of its Patrons and Associates.

Associate Membership is available at a cost of £30 single and £60 joint membership per annum and this resource is vital to the Society’s growth. You receive one ticket per membership for the two main yearly concerts, invitation to any post-concert parties and to our AGM.

If you are interested in becoming a Patron of the Society at a cost of £70 per annum (two tickets per concert), we would be delighted to hear from you.

To become a Patron, Sponsor or an Associate Member, please contact:

Lymington Choral Society is very grateful for the support of its Sponsors and Funders. The dynamic English performer Philip Daish-Handy has entertained audiences across the world. Known for his musicianship and projection, Philip came to prominence after winning the prestigious Music at Beaulieu Competition, leading to numerous performances and several recordings. Philip sings at St Thomas’ Church, and was Musical Director of the Highcliffe Choir for 4 years. During his time at Highcliffe, Philip led the choir at the prestigious International Eisteddfod, Llangollen on several occasions and made a celebrated Christmas Carol CD recording, ‘I Wonder as I Wander’. He studied singing with Mary Denniss MBE for over 8 years, and attended many choral conducting courses and seminars. Philip founded and is Artistic Director of the Nova Foresta Classical Players; the New Forest’s professional orchestra. With his orchestra, Philip has collaborated with numerous choirs and choral societies to form choral extravaganzas, ‘come and sing’ events, candlelight concerts and Christmas concerts throughout the UK.
Philip is delighted to be Guest Conductor of the Lymington Choral Society.

Timothy Rice has been involved in music from an early age. Piano tuition started at home and, at the age of six, he also joined the local church choir of his home town in Essex. Interest in the organ was almost immediate as the probationary period in the choir required new choristers to sit alongside the organist at the console during services for the first few weeks; it was from this vantage point that Timothy watched and listened in fascination at the skill of the organist and the sound of the instrument. After progressing to Grade V on the piano, he was then allowed to embark on the thrills of organ playing. At the age of thirteen, Timothy took his first organist post at a neighbouring parish church. He gained his Associateship of the London College of Music (for piano playing) while still at school and, in 1989, became an Associate of the Royal College of Organists. Timothy has lived in the New Forest area since 1983. He was Director of Music at Hordle Parish Church from 1983, a post he held for thirty-two years until being appointed to his present position as Director of Music at St. John’s Church, Boldre in 2015. Timothy is also accompanist to Lymington and Ringwood Choral Societies and works as a freelance organist and accompanist. Michael Goldthorpe was the Musical Director of Lymington Choral Society from 2006 to April, 2020.  He was granted Honorary Life Patronage of the choir in October 2020.
He was born and educated in York and studied at Trinity College Cambridge where he performed in the college choir, orchestra and wind band whilst reading for an English degree. After further study at King’s College London and the Guildhall School of Music & Drama, he joined the BBC Singers and the music profession in 1968. Since then he has travelled widely with various Chamber Operas, The London Opera Group, Kent Opera, The Chelsea Opera Group, The English Bach Festival, L’Atelier Lyrique de Tourcoing and The Royal Opera Company Covent Garden.
He has broadcast numerous recitals and concerts for the BBC and stations in Europe and Singapore, becoming closely identified with the French Baroque revival of the seventies and eighties, and making many records and television appearances.
He has taught for several London music conservatoires, directing choirs and ensembles, and has been a vocal tutor for both Oxford and Cambridge Universities. 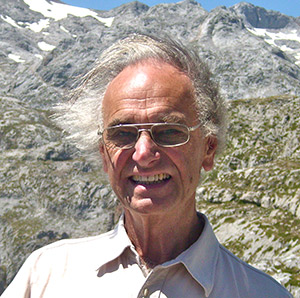 We welcome all voice parts, particularly tenors and basses.

Don’t worry if you have not sung for a while, we are a friendly crowd and will make you feel at home.  If you love classical music and would like to join us please call Maureen on 01590 641420.

When Covid restrictions are lifted we will be practising at 7.30 p.m. on Wednesday evenings in the Wellington Room, The Lymington Centre.  Target date 1 September, 2021.
Look forward to meeting you!